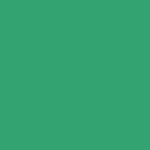 April 23, 2020
Microstegium Vimineum (Japanese Stiltgrass) is an invasive grass species that is currently dominating susceptible ecosystems across the eastern half of the United States. The presence of Japanese Stiltgrass can result in decomposition of plant available carbon (C) and nitrogen (N), limiting the variety of species that thrive within these habitats. N deposition has the ability to influence the composition of plant communities as it can change the concentration of nitrogen within the atmosphere and rhizosphere. Similarly, leaf litter quality influences microbial communities and therefore available nutrients to understory plants. In this study, we are examining the degree at which these factors influence the impact of Japanese Stiltgrass on soil degradation. The study is taking place in the Shawnee National Forest in southern Illinois. 20 pairs of plots consist of 10 low-quality litter (pine dominated) plots and 10 high-quality litter (6 maple-elm and 4 tulip-poplar dominated) plots. Within each pair, three one-square foot subplots are each receiving one of three nitrogen treatments: 8.65 kg N ha-1 yr-1 or high N, 3.46kg N ha-1 yr-1 or low N, and a control of 0 g N m-2 yr-1. It is anticipated that the highest N treatment levels will yield lesser impacts on the soil in all forest cover types. However, we expect to see the greatest suppression of SOM decomposition under pine-dominated forests, as the microbial communities within these stands are more sensitive to higher levels N additions.

The Relationship Between Live Concert and Personal Listening Behavior: a Grateful D...

April 23, 2020
This article introduces a methodological framework to compare online patterns of music usage, detected from dedicated online music services, with offline patterns of music performance, evinced from set lists of live concert sets. The presented comparative method is employed to explore the relationship between live concert and personal listening behavior of the Grateful Dead, an American band born out of the 1960s San Francisco, California psychedelic movement, that played music together from 1965 to 1995. Despite relatively little popular radio airtime, the Grateful Dead enjoyed a cult-like following from a fan base that numbered in the millions and, ten years after dissolution, its music is still heavily listened to on online music services, such as last.fm. This article presents a comparative analysis between 1,590 of the Grateful Dead's live concert set lists from 1972 to 1995 and 2,616,990 Grateful Dead listening events by last.fm users from August 2005 to October 2007. While there is a strong correlation between how songs were played in concert and how they were listened to by last.fm members, the outlying songs in this trend identify interesting aspects of the band and their fans 10 years after the band's dissolution.
Empathy as a moderator for persuasion

April 23, 2020
The goal of this study is to identify what individual factors may lead a person to believe a persuasive message.